VPN is a term that once would have never found its way into the average layman’s vocabulary, but the world has changed.  VPN stands for virtual private network, and the long and short of it is that a VPN keeps your Internet browsing and activities private.  Most VPNs operate under the same premise.  They are a middle-man of sorts for you and your online activities.  You go through the VPN service which bounces your signal around the world and then some, resulting in prying eyes not being able to figure out what you are doing.  You’re at a conspiracy site already.  You love Common Sense Conspiracy, but maybe you get a little nervous when reading all this truth we are throwing out there.  That’s where a VPN comes in.  No one that works for the CSC would dare log into the administrative section of this website without a VPN securely in place, so the question is why would you?

But Isn’t That For Illegal Stuff? 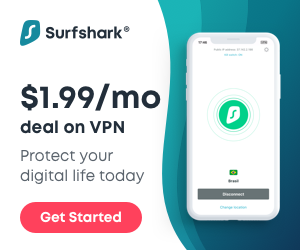 It’s true that VPNs conjure up images of the dark web, illegal prescription drug deliveries, and people hiring hitmen to kill their spouses.  While it would be silly to try to say that VPNs are not popular among those doing some shady stuff in this world, that doesn’t mean it is exclusively for that.

Yes, VPNs are used for those trying to do super-illicit things on the Internet.  This includes the worst of the worst, right up to really terrible things like child pornography and human trafficking.  Then there’s that next tier.  People that like to watch a few free movies on Kodi from time to time or want to download some HD movies or video games.  Illegal, although obviously not on the level of some of the stuff you might find on the dark web.  Still, you are saying to yourself, what if I’m on the up-and-up?  Do I still need a VPN?

The answer is yes.  There’s more than just illegal stuff to consider.  We don’t advocate using a VPN to do anything illegal, but that doesn’t mean it isn’t necessary.  Think of sites like this where you are reading about massive government conspiracies.  Do you want just anyone out there to be able to follow your trail?  What if you want to sign up for a perfectly legal service but don’t want anyone to know what you are up to?  A VPN is where it’s at for you.

At its heart, a VPN is all about privacy.  It’s even right there in the title:  virtual private network.  There’s nothing illegal or immoral about wanting your privacy.   There’s nothing illegal or immoral about having a problem with every little thing you do being tracked to death by everyone from the government to political organizations to people desperately trying to sell you something.  VPNs are for everyone, and there has never been a time where it was more important.

But Is It Really That Dangerous?

Put simply, yes.  Even if you are not even dreaming of doing anything illegal on the Internet, those that are will find you and make you their victim.  We all know about identity theft.  That’s old news.  It goes further though.  Companies are tracking your every move on the interwebs to try to make sure they are putting the best advertisements in your inbox, in banners along sites you are browsing, in Facebook and other social media, and even in your good, old-fashioned snail mailbox.

They track everything.  Big Data is relentless.  Your age, your birthday, your political and religious affiliations.  Who did you give money to?  Charities?  What concerts did you go see?  Did you take a trip?  Did you fly?  Drive?  Did you go to an amusement park?  Visit a museum?

Do you subscribe to things online?  What’s your health like?  Do you search for things that indicate you might some sort of illness?  Can we use that to target you further?

VPNs take one major piece of the puzzle out of action for those watching and listening.  Location is everything in their business, and a VPN cloaks your location completely.  They will never be able to tie it all together, even if they are able to pick up snippets of your trail.  Take away location and you take away everything.  That’s why the crooks like it.  It does law enforcement no good to find out that someone bought some drugs online but they traced it down to India.  While you are not doing anything illegal on your VPN, it still offers you the same protection that makes those on the wrong side of the law seek it out.

So What Does Common Sense Conspiracy Recommend?

Well, as we said before, no one here at the CSC would log in to this website remotely without having a VPN in place, and we have our preferences.  Make no bones about it.  The CSC does advocate Surfshark.  We are an affiliate to them, which means that if you sign up with our banners and links, we get a little thrown back our way.  We didn’t sell out to them.  We like them.  We honestly believe this is the greatest VPN service.  We say that from the place of a consumer that needed a product.

Surfshark has good rates and great performance.  No one wants to sacrifice all their wonderful Internet speed that they pay good money for just to cloak themselves with a VPN.  Surfshark makes sure you won’t see performance issues while staying safe online.  Their rates are some of the best across the industry, and they offer different subscription lengths to fit every need.

Surfshark understands the customer load it has and they expand when they need to.  Currently, they have 500 servers spread out across 50 countries.  Every continent but Antarctica.  And no one would believe you were in Antarctica anyway.  That’s pretty impressive coverage and variety no matter where on the Earth you currently reside or where you plan on going while using their VPN service.

Surfshark also has great customer service.  They are available literally all the time and even have cool internet chat help if you aren’t real keen on talking on the phone.

Get a VPN and use it.  It’s that simple.  We recommend Surfshark, but more importantly, we recommend that you use some VPN.  Do yourself a favor and make this happen today.  You can’t put a price on peace of mind.

2 thoughts on “What is a VPN and Do You Need One?”