They are laying it on pretty thick.  In the wake of Donald Trump’s unlikely Presidential victory, the opposing party is pulling out all the stops to try to discredit his election win and explain it away.  Now, Common Sense Conspiracy is not a political site, and we have frequently explained our one-party two-party system theory about the American government.  However, in a case like this, it’s important for our readers to realize that while it looks like partisan politics playing out in a high stakes game, the loser and target is always you and I.  This situation is no exception. 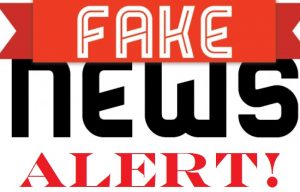 The new battle cry against fake news seems like a turning point.  We all see the conservative and liberal versions of extremist news sources on our social media feeds and in our email.  It’s true that both sides are “liberal” with the facts, and in many cases, it is just spreading incorrect propaganda to forward an agenda.  However, when President Obama and company say they are going after “fake news” that is not what they mean.  Fake news to them is anything that directly takes on their narrative.  Fake news, according to the likes of Obama and Hillary Clinton, would be sites like this one.  Any site that doesn’t go along with their absurd official story and tries to inject facts into the equation will qualify as fake news in a heartbeat.

That’s what is so sinister about what they are doing here.  It’s calculated.  It may seem like it’s about Trump, or just sour grapes from sore losers of a hotly contested election.  But it’s just the beginning.  They will start by targeting the extreme news sources we referenced earlier, but soon, they will expand it out to include sites like this and any other site out there that is presenting a fact-based approach to their disinformation campaigns.

You have to look at what the other hand is doing.  It’s like a sleight-of-hand trick they are playing right in your face.  They make you think one thing, and it is a reasonable one that makes a lot of sense.  Meanwhile, the other hand is up to something much more sinister.  The only thing you can always count on in their schemes is that the loser is always going to be you.

Fake news is bad.  But the biggest proponent of fake news in America is the mainstream media.  That alone should prove that their intentions are less than honorable.