Throughout our coverage of the comet Elenin, we have watched the theories surrounding it get wackier and wackier.  Today is September 23, 2011, and one of the dates that Elenin believers have long pointed to.  As of the time of this posting, it appears that nothing has happened.  Still, in monitoring the chatter across the internet and various conspiracy websites, the hysteria level has certainly not diminished.

The damning evidence is turning up from everywhere.  For example, on the forums at some popular sites, we have seen theories and connections thrown out like Halloween candy to the kids.  A full-scale terrorism-geared practice

operation was scheduled for today in Denver, incidentally where President Obama is to be at in a few days on the 27th.  This is obviously, according to Above Top Secret, an operation to conceal the fact that the comet Elenin will soon crash into the Denver mountains.  Furthermore, the president will be there to take advantage of the bunker systems there in the ensuing chaos, which will include a stock market crash promptly after his arrival.  If that isn’t enough, the bunkers in Denver actually are arranged in Illuminati symbols.  If that isn’t enough conspiracies rolled into one, keep in mind that the brown dwarf hiding behind the comet Elenin is actually a large UFO with aliens coming back to finally take back their planet.

Today, September 23, is also the fall equinox and the start of something the 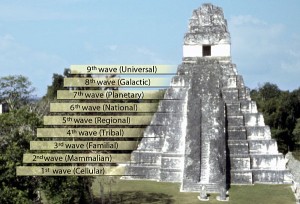 Mayans called the Conscious Convergence where mankind enters into the 9th (and final, if you believe the 2012 rhetoric) wave, the wave of enlightenment.

It appears so far that September 23, at least up until this minute, has been a bust.  There is little doubt that this will not deter the hysteria, but only postpone it.

The only thing Common Sense Conspiracy can say concretely is that if all these things are true, boy we sure are screwed.